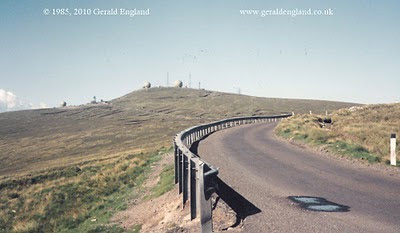 Unst is the most Northerly inhabited island in the UK.

Beyond Unst is Muckle Flugga which has a lighthouse but like all UK lighthouses is now unmanned. Just beyond Muckle Flugga are Outstacks, the Northernmost bits of British land.

This is as far North as we got in 1985. At the top of the road was the RAF early-warning radar station of Saxa Vord. It was mothballed in the early 21st century.