Encounter by the Ashton Canal 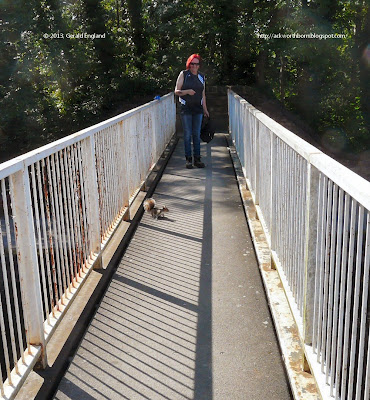 Last Monday I was taking photographs of the Ashton Canal from the footbridge by the Portland Basin. I noticed a woman climbing the steps up to the bridge. She stopped and I wondered for a brief moment if perhaps she thought I was blocking her path, but she was looking down and I saw there was a young squirrel crossing the bridge. 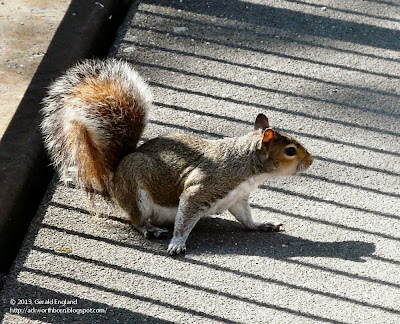 It stopped and looked at me, back at the woman and wondered which way to turn. 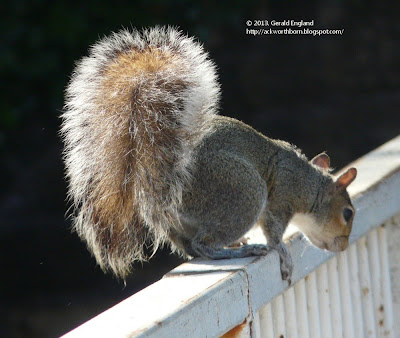 It climbed up on the bridge railings. I aimed my camera at the squirrel despite having my sunglasses on and having to shoot almost directly towards the sun. The camera focussed even if my eyes didn't. Another close-up shot is on my photoblog sithenah. 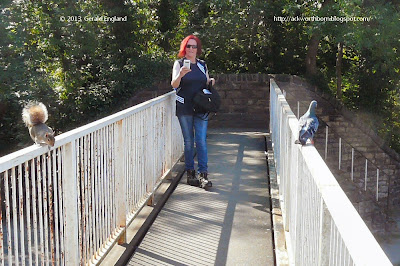 At one point a pigeon flew on the bridge to see what has happening. After a brief period I moved away and the squirrel crawled along the parapet and then jumped into some bushes.