ABC Wednesday:
A is for Albert Hall, Manchester 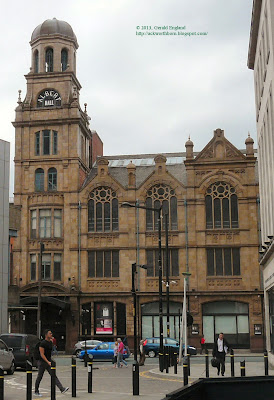 The Albert Hall on Peter Street was built in 1910 as the Manchester and Salford Wesleyan Mission to a design by the architect W. J. Morley. The design was deliberately different from conventional church architecture to appeal to non-churchgoers as it was the intention was to provide a centre of civic life: not just for worship but for entertainment, leisure and education capable of seating up to 2,500 worshippers. It was built on the site of the New Jerusalem Church belonging to the Swedenborgian congregation.

In recent times the building has been home to Brannigans, a large and, for a period of time, a popular bar and nightclub. Brannigans closed its doors in 2011. 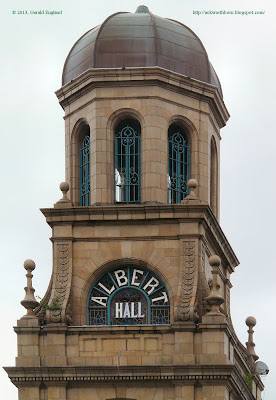 The grand and ornate chapel has been restored into a stunning purpose built music hall and events venues. The full venue, bar and restaurant will be revealed in February 2014. Before that time though, the grand concert hall is being made available for one off events bookings, having already played host to specially commissioned performances from: Mogwai, Goldfrapp with the RNCM string orchestra, Maxine Peake starring in a theatrical adaptation of 'The Masque of Anarchy'. More information on the Albert Hall website.

A contribution to ABC Wednesday.
Posted by Gerald (SK14) on Wednesday, January 15, 2014