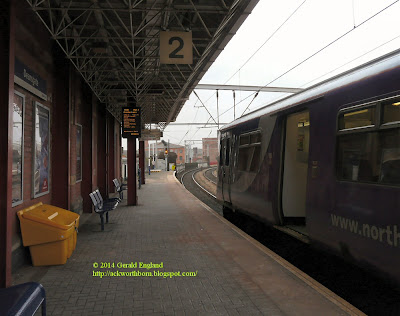 The train standing on platform 2 is from Buxton via Davenport (see the train arriving there on Stockport Daily Photo) and Piccadilly to Preston via Bolton and Chorley. 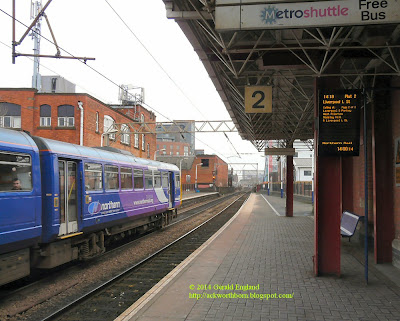 The station was opened as Knott Mill and Deansgate on 20 July 1849 by the Manchester, South Junction and Altrincham Railway. It used wooden buildings near the site of the annual Knott Mill Fair, a decades old event, which hosted acts such as Pablo Fanque's Circus Royal and George Wombwell's Menagerie. 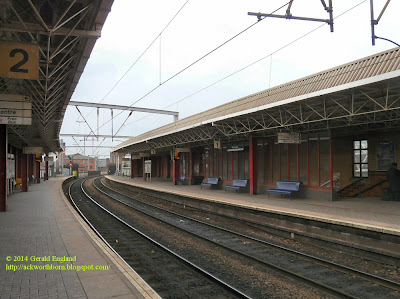 In 1884 Manchester Corporation approached the MSJAR about the station as it was an "eyesore and nuisance." Improvement plans were drawn up but it was not until 1891 that an Act was obtained to reconstruct the station and acquire the necessary land. The rebuilding was completed in 1896. The station became Knott Mill and Deansgate around 1900 and Deansgate on 3 May 1971.

A contribution to ABC Wednesday.
Posted by Gerald (SK14) on Wednesday, February 05, 2014