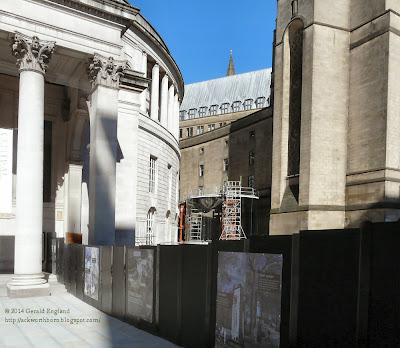 A new, glass bubble-like enclosure, which features a reflective metal roof, was designed by leading Manchester architect Ian Simpson and given planning approval in 2012 despite a controversial reception, including a petition signed by more than 1,400 people.

The council are installing a £3.5m glazed link part way along the passageway, connecting the newly revamped library and town hall, but they have safety concerns about keeping the paved corridor open to the public at night and have applied for an order to remove the public right of way from the walkway and halt public access with the stretch partly gated off between the hours of 10pm and 6am.

Read a report in the Manchester Evening News 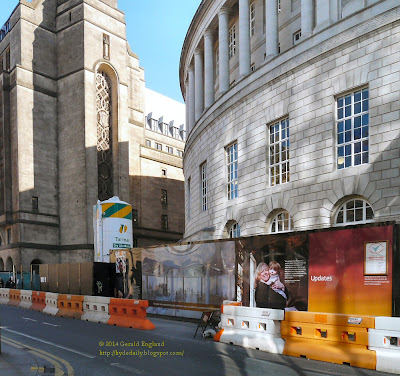 This is the view from Mount Street

Campaign group Friends of Library Walk. who describe the walkway as a space of "significant architectural merit". are opposed to the proposals.

Find more information on the Friends of Library Walk website. 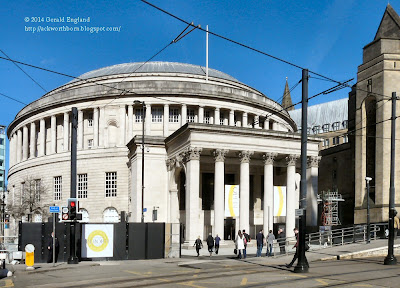 Manchester Central Library, which had been closed since 2010 for a £48million renovation programme to restore original its features and install 21st Century technology, finally reopened to the public on Saturday, 22nd March 2014. The building, which first opened in 1934, is a Grade II listed building viewed here on Monday 24th March 2014 looking across the metrolink tramway from Oxford Street. Library Walk is on the right.