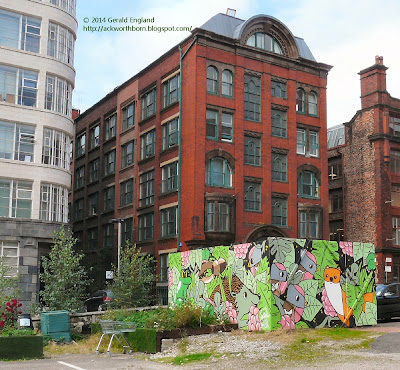 Street art on hoardings around the Dreamscape Community Garden in the Piccadilly Basin on the corner of Hilton Street and China Street. 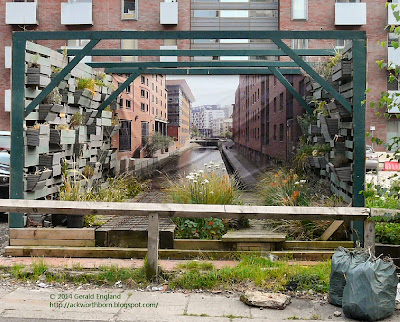 The Dreamscape Gardens originally featured on New Cathedral Street as part of Dig the City 2013, Manchester’s urban gardening festival, but has now found a new permanent home in Piccadilly Basin as part of the Manchester Garden City scheme. The garden includes lots of balcony-style planting, a small water feature and view of the Rochdale Canal near the Hacienda apartments on Whitworth Street West. It is looked after by the local gardening group – the Northern Quarter Greening Group. Read more on the Dig The City website. 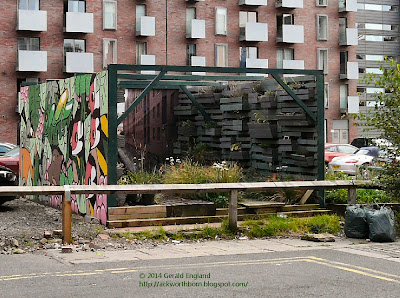 In January 2014 street artists Matt Sewell and Richt were invited by the Outhouse Manchester Project to create street art on the hoardings around the Dreamscape Community Gardens.

Chrissy contributed an earlier photo of this to Monday Murals in May 2014 on Mancunian Wave.

A contribution to Monday Murals and Our World Tuesday.
Posted by Gerald (SK14) on Monday, September 22, 2014