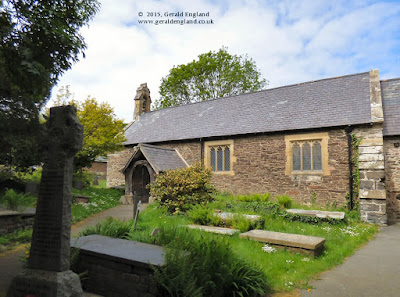 Located in a walled churchyard near the main road junction in the Conwy Valley village of Gryffin is the Grade I listed church of St Benedict. The church is of at least C13 origin. The nave is substantially medieval fabric, the S chapel C16. The chancel retains a late medieval roof but the E wall of the chancel and the N chapel were built in 1858 when the church was extensively restored. Windows in the earlier parts of the building were also replaced at this time, giving the church a C19 external character. 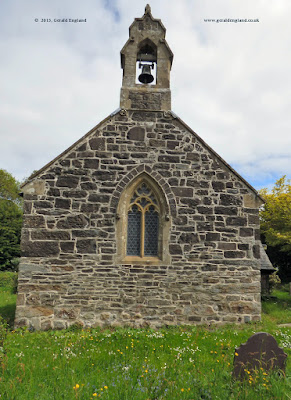 The church is assumed to be a foundation of 13th century date and built by the Monks of Aberconwy.It was restored in 1858 and again in 1900. In 1927 the large cellar below the north chapel was reused as a heating chamber. More information and some plans and photographs can be found in a 2008 report by Gwynedd Archaeological Trust available in .pdf format. 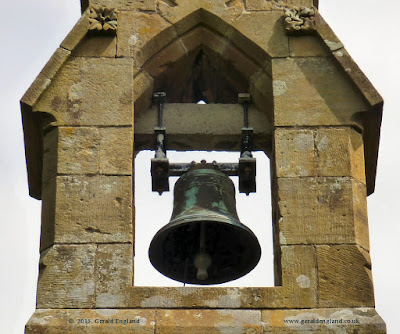 The west bellcote has a single bell in a pointed opening beneath a stepped gable.

A very significant feature of the church is the late fifteenth century painted chancel ceiling. The sixteen panels are covered with faded paintings of saints, full-length, in red, olive and grey, against a foliage background. They are the only comprehensible fifteenth century church paintings in Gwynedd. 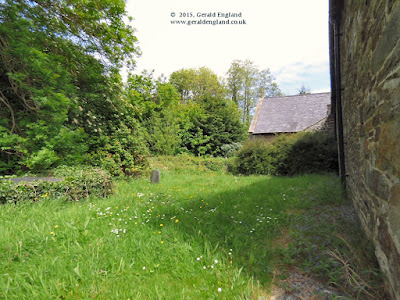 The church was not open when I visited so I didn't see inside. The churchyard was abundant with buttercups and daisies.

A contribution to Inspired Sundays.