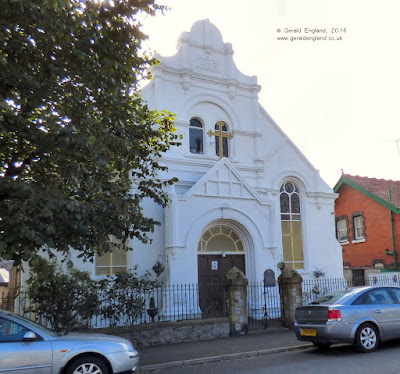 The Coptic Orthodox Church dedicated to The Virgin Mary And Saint Abaskhyroun was established in Llandudno in 2006. It uses the former Ebeneser Welsh Methodist Chapel on Trinity Avenue, which had been in use until 2003 by the Llandudno United Welsh Church. 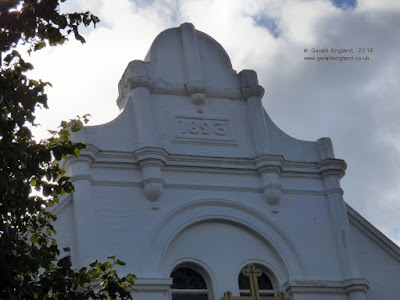 The datestone indicates that the church was built in 1893 but I haven't been able to find any further details regarding its history. 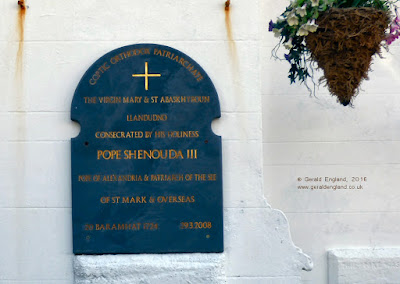 As the notice indicates, it was consecrated as a Coptic Church on March 29th 2008 by His Holiness Pope Shenouda III, Pope of Alexandria and Patriarch of the See of Saint Mark and Overseas. Older foundation stones appear to have been whitened out. 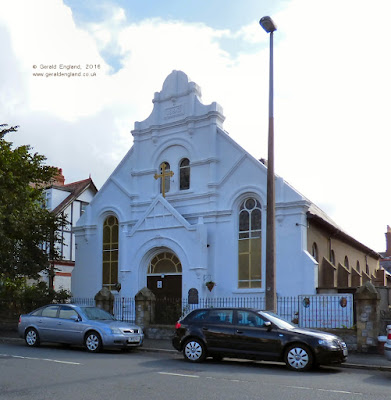 It is one of only two Coptic churches in Wales. See Church website.

A contribution to Inspired Sundays.
Posted by Gerald (SK14) on Sunday, February 14, 2016