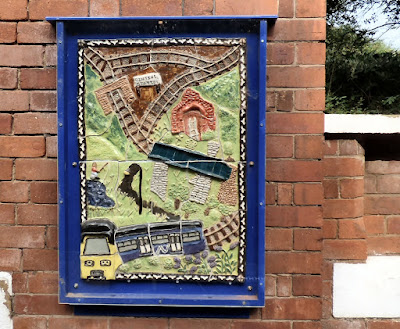 One of five murals created in 2014 by Glossop ceramicist Adrian Holt and members of Project Earth at High Peak Community Arts and displayed at Dinting Station. 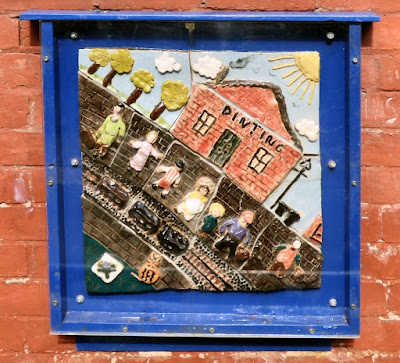 Dinting Station opened on 24th December 1842. It was originally called Glossop station and was the terminus of the line from Manchester until the line through Hadfield and the Woodhead tunnel to Sheffield was completed. 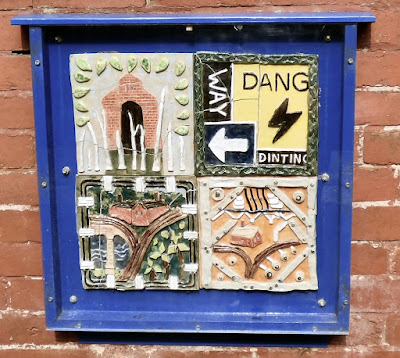 The branch line to Glossop itself (the East curve from Hadfield) opened on 9th June 1845 and the station was renamed Dinting. The West curve linking the Manchester line to Glossop opened in 1884. 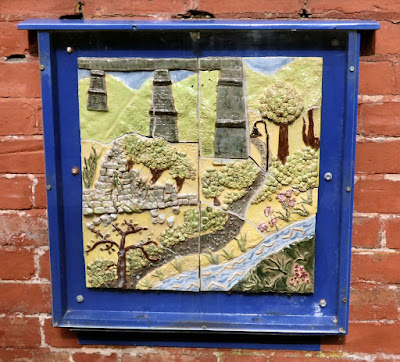 The Woodhead line was closed in 1981 and only Hadfield station survived. Although in Derbyshire it is part of the Transport for Greater Manchester rail network. 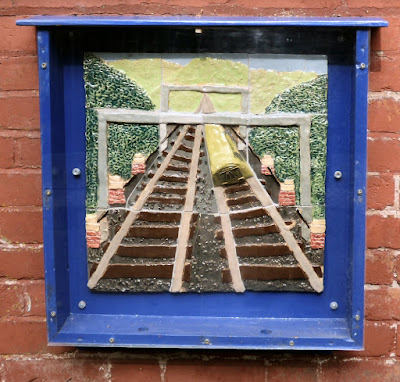 Trains from Manchester generally stop at Dinting en route for Glossop. On arrival at Glossop the trains then travel to Hadfield and back to Glossop before returning via Dinting to Manchester. 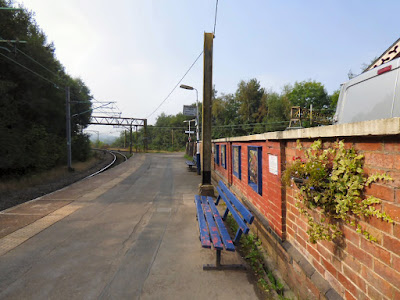