ABC Wednesday - C is for California 1999

I've already published a selection of photographs at California 1999, but today I thought I'd post another batch here. The Olympus digital camera I had then took pictures only 640 x 480 pixels and cost then more than double what my latest camera cost me last year, so don't expect to enlarge these by much. 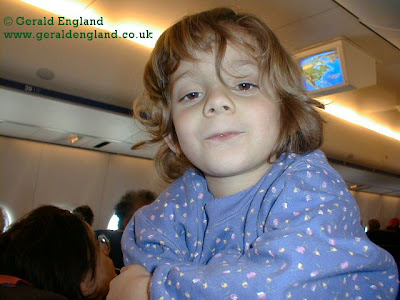 We flew from Manchester to Los Angeles via Amsterdam with KLM. This young lady was in the seat in front. She'll be a teenager now. 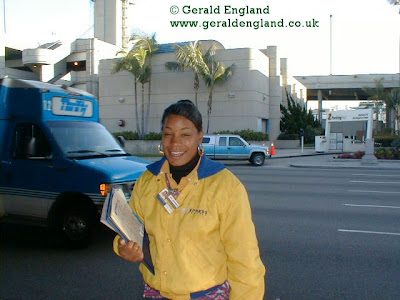 After a long time in the heat going through the customs, one of the first people we met was touting for a shuttle-bus company that was going to take us, eventually, to Tustin in Orange County. 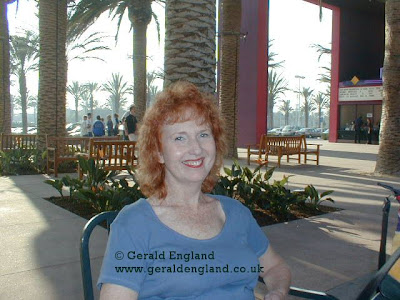 We were staying with our good friend Viki Tarrani and her husband. Viki was one of the founders of an online writers group which later became Wordwizards. 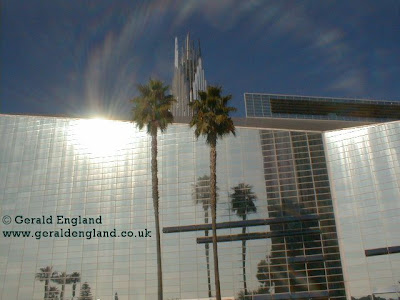 This is a picture of a nearby church we visited. I don't remember the details and haven't had time to research it, but it was here I discovered the peculiar American practice whereby a 50 cent postcard is actually 57.5 cents when you get to the till and they add sales-tax. No wonder their prices sometimes seem cheap when the tax isn't included in the quoted price. 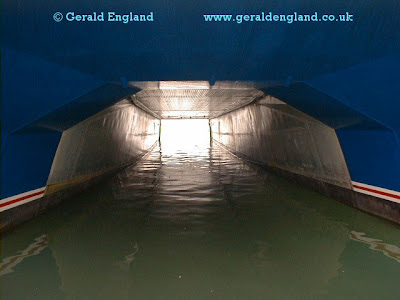 Here we have the underneath of the catamaran on which we sailed from Long Beach to Catalina Island. 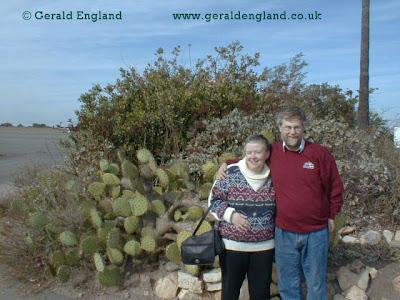 We took a trip from Avalon, the island's only town, up to the airport which was created by slicing the tops off two mountains and filling in the area inbetween. 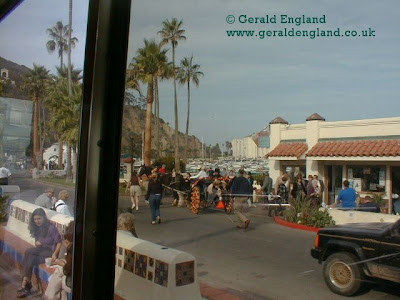 After the heights we returned to sea level. 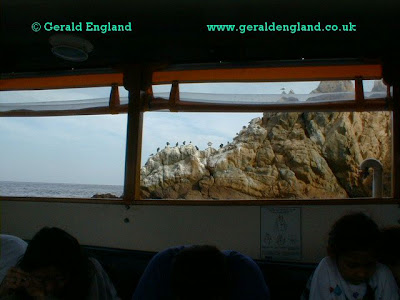 Then we took a trip on a glass-bottomed boat in order to explore the depths. It was Christine's birthday and we had had a wonderful time. 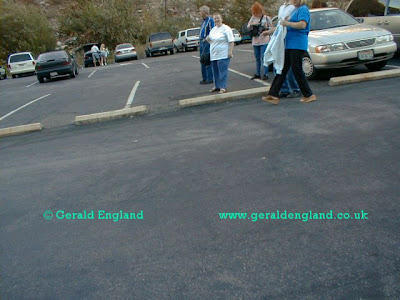 The next day we ventured out to Palm Springs. This is the carpark at the tramway. I am holding the camera level. The road really is this steep. I went to look at the tramway. Viki and her husband went off to photograph the rocks. I returned to find Christine in the back of the car in agony. In crossing the road, her ankle caved in underneath. At Palm Springs Hospital we waited nearly three hours to see a nurse and the first thing they asked us was "Why didn't you put some ice on it?" Just where two strangers to the country were expected to find that ice seemed not to enter their heads. In due course they took X-rays, strapped it up and sent us back to LA. 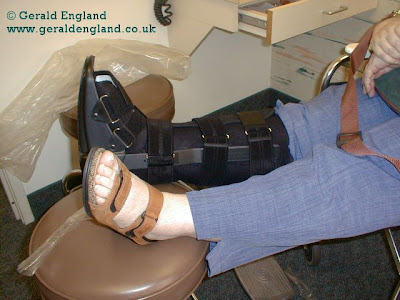 Keeping a long story short, the following day we visited Viki's doctor who correctly diagnosed that the ankle was broken, not merely sprained. In the UK it would have meant encasing it in plaster, but here he fitted what is known as a "cast-boot", provided us with a pair of crutches and a presecription for pain-killers. 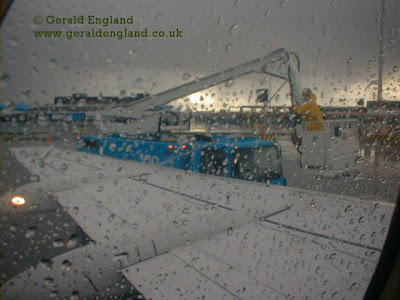 On the return flight we got bulkhead seats, but arrived in Amsterdam in a snowstorm. I took a bus out to the Manchester-bound plane which was in the middle of the tarmc. Christine was transported there in a luggage-trolley! We arrived home to a cold house and eventually ended up in Tameside Hospital, but that is another story.

For more ABC Wednesday posts, check out the links on my sidebar.
Posted by Gerald (Ackworth born) on Wednesday, August 06, 2008