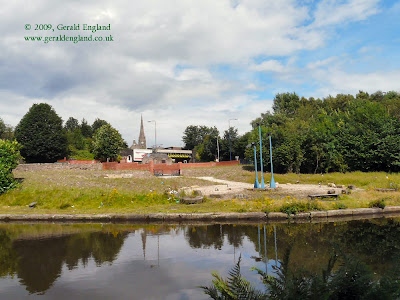 Donkey Stone Wharf, as it is known, is part of the Ashton Old Wharf at the end of the Ashton Canal before it links into the Huddersfield Narrow Canal. This is where Eli Whalley founded his company in the 1890s to manufacture donkey stones, which were produced in huge quantities to meet the demand for the mainly northern tradition of donkey-stoning stone steps, windowsills and the area of pavement outside (known as the 'flags' or 'front').

Donkey stones were about the size of a large bar of soap and when being used they needed to be wetted as they were scoured over stone surfaces. This was a regular chore performed by generations of housewives at the terraced houses of Lancashire and Yorkshire. 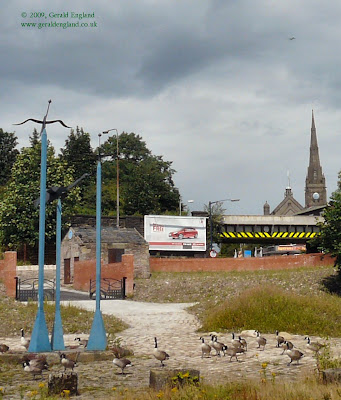 Donkey stones took their name from the image of a donkey used by the largest 19th century manufacturer. On the other hand, Eli Whalley used a lion as his trademark and the inspiration for this came from childhood visits to Belle Vue Zoo at Gorton, Manchester.

Eli Whalley's company reached its peak during the 1930s when it was producing around 2.5 million donkey stones every year. By 1973 the owners of the company were Gilbert Garside and his son, Harry, but, by this time, production had shrunk to about 720,000 stones a year. However, it outlived all other manufacturers to become the world's last surviving donkey stone manufacturer and Eli Whalley & Company remained in business until 1979. 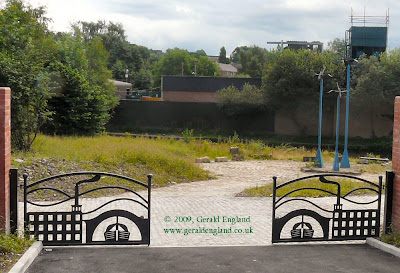 In recent years a new entrance has been created on Lower Wharf Street with gates and a sculpture designed by Paul Margetts. 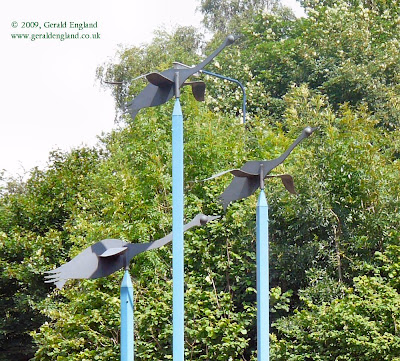 The sculpture is Flying Geese Wind Vanes. They are 5.5 metres high and turn in the lightest breeze. 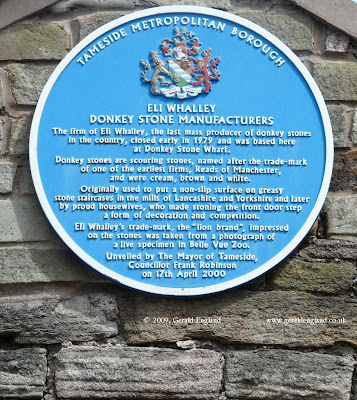 A blue plaque celebrating the life of Eli Whalley has been fitted in the gable of his bothy.