Cycling by the river Cam,
through weeds as high as our thighs,
wheels pounding over
the narrow path,
we stopped,
and letting the cycles fall into the grass,
we sat beside the still water ...

Thus begins this poem by John Elsberg which I published in issue 3 of Headland.

John was studying in Cambridge and I visited him, unannounced, in September 1970. 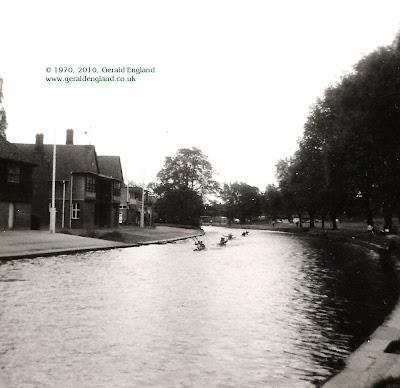 I stayed a couple of days and pitched in by doing the cooking while John and Connie fussed over the baby.

The following year they came up to my parents' house in Yorkshire for a holiday and one day I took them over to Filey to meet George Cairncross (the "East Coast Recluse") who edited the magazine "Bogg".

John became firm friends with George and after he returned to the States, he produced an American issue of the magazine and eventually took it over.

In 1999 I published his chapbook Sailor: sample poem Complexities 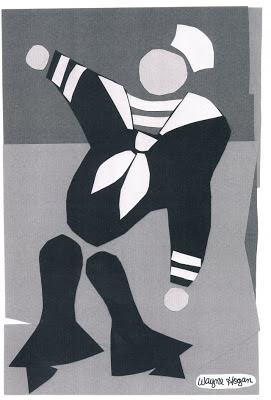 On the cover was an original design by Wayne Hogan.

John died in July 2012 but I only just heard this news earlier in the week via John F Haines' "Handshake".

There is a good account of his life with various reminiscences by Jim Kacian, Richard Peabody, David Geisman, Ron Androla, and others on Issa's Unity Hut, the poetry blog for Lilliput Review.

There is a tribute by Wilson Wyatt on first person plural.

There is a memorial book of condolence on the Dignity Memorial website.

You can read a review by Patricia Prime of his collaboration with David Check, "South Jersey Shore" on NHI Review and also a review by Martin Grampound of his "Haiku Fan" A Week in the Lake District.

I published a new version of John's poem "Cam" in Editor's Dilemma. Here is how the poem ends ...

I laid my head
upon her lap, against her breasts,
and she rocked
in a cadence
without words.
So simply . . .

And then, content, I knew
of the harmony
in small graces, of the rareness
that comes so suddenly
with complete moments.
of the trust in silences
that belie the world: