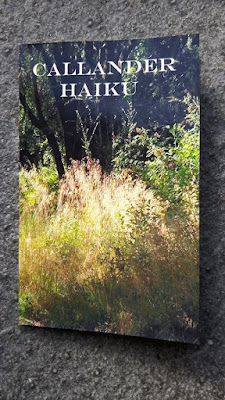 Cover photo © Angela Topping
One of the latest publications from diehard press is CALLANDER HAIKU edited by Sally Evans. No it isn't a monthly calender but an anthology of haiku based on the Scottish town of Callander. 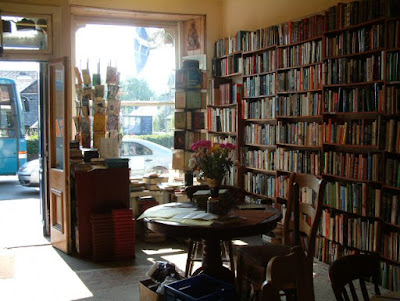 photograph © Gerald England
Many of the haiku are by poets who have attended the annual Callander Poetry Weekends hosted in September each year at the King's Bookshop.

L-R: Margaret Gillies Brown, Ian Blake, Andy Robson, Elizabeth Rimmer, Gerry Singh and his wife, Sally Evans, Colin Will, Christine England, Maureen Weldon, Sally James.
Photo © Gerald England
My own contributions are from the 2005 weekend and were published alongside reports of the event on the Poetry Scotland website. Although no longer live it can be accessed via the Internet Wayback Machine archives. 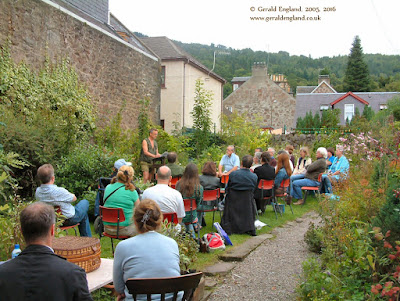 clack clack of hens
breeze through the garden
a poet speaks 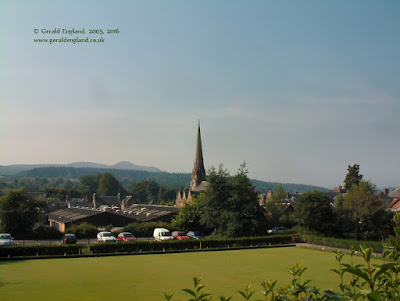 level bowling green
a perfect square -
too hot to play

the pavement
is at war with the trees
roots are winning 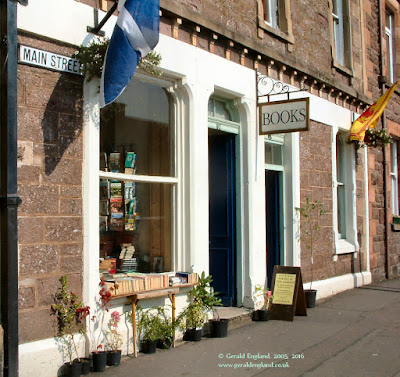