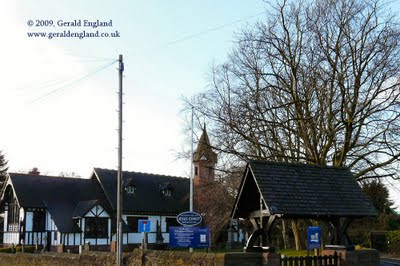 St Mary's Church was founded in 1876, but Haughton Green is an ancient locality in South-east Lancashire. In 1894 it merged with neighbouring Denton. 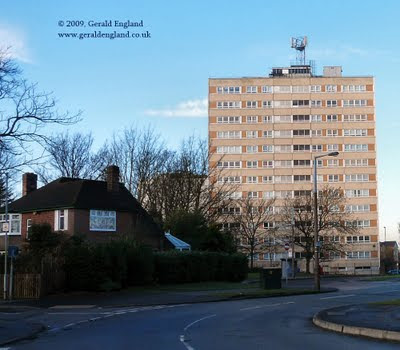 Originally a rural area, with most of its built up areas along the main roads and in the old village, it became more built up when the Manchester (Beswick) overspill estate was located here in the late 50s behind existing housing on Two Trees Lane. There was also building of new middle class housing in and around the original village at the same time. This increased its size significantly as housing now extended down into the valley and next to wooded areas. 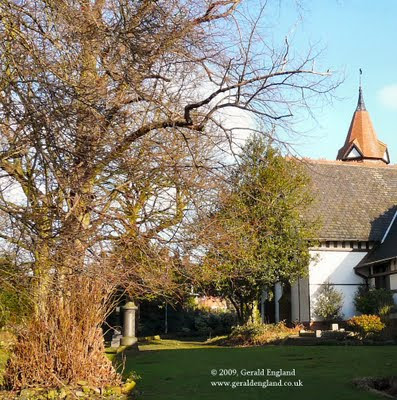 Here is a view of St Mary's from the other side. All these photographs are from a walk I took in February. I featured one from that day earlier in Skywatch Friday: Haughton Green. 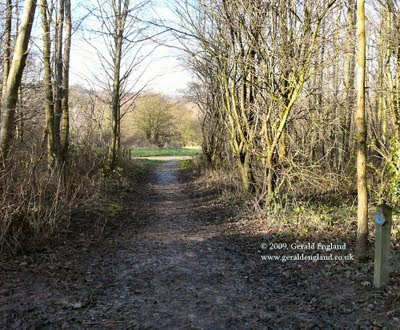 Past the church and the houses is an area known as Hulmes/Hardy Wood and Lower Haughton Meadows Local Nature Reserve consisting of ancient woodlands and meadows that survived a 200-year history of coal mining and quarrying, which ended in the 1920s.