Over the River Irk 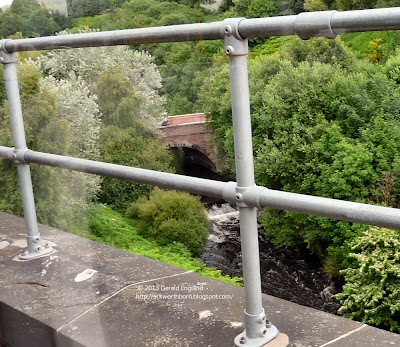 These photos were taken in July from a stationary Metrolink tram on the Rochdale line waiting to join the line coming in from Bury.

This view is of the river Irk as it passes under Smedley Road and over a weir. 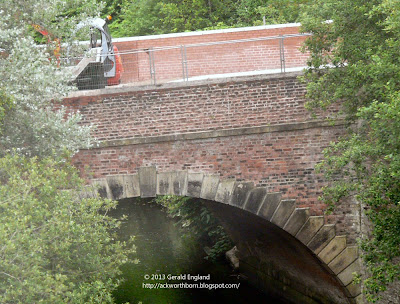 A closer view shows that there were roadworks on the bridge at the time. 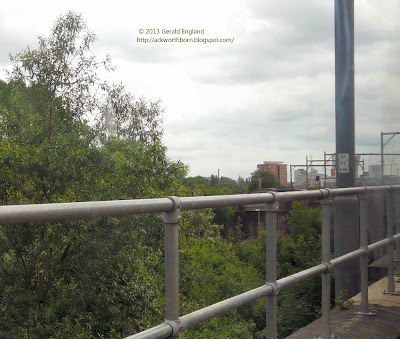 This is the view in the opposite direction and you may be able to see where the viaduct the tram is travelling on crosses the river. As the Irk reaches Manchester Victoria it is culverted under the station and joins the Irwell close to where last week I showed you some bridges and reflections in the Irwell.