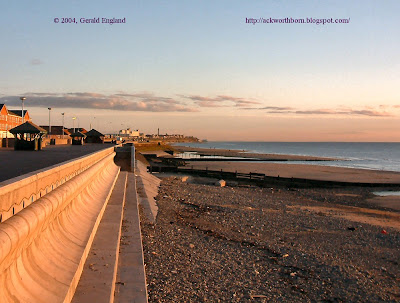 Cleveleys South Promenade 2004
The requirement to improve the coast defences at Cleveleys resulted from the Wyre Flood and Coastal Defence Strategy Plan which detailed a 50 year programme of works. Work started in 2005. 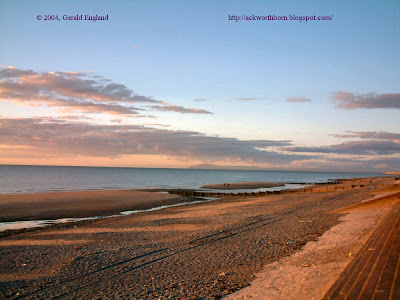 Cleveleys North Promenade 2004
The seafront project had two aims. The first was to replace ageing sea defences with new structures which will remain effective for at least 50 years. The second was to give the Promenade a 21st century look. 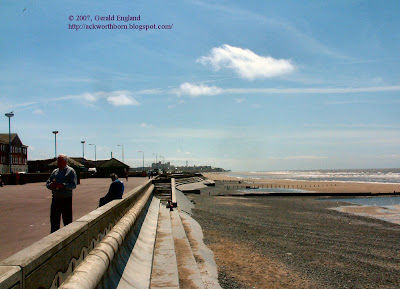 Cleveleys South Promenade 2007
The first new line of defence against the sea is a barrier of step-shaped concrete blocks called a revetment. It contains 3,600 individual units made from concrete mixed to a special formula and cast at the Hillhouse industrial site in Thornton and transported to the scene by road. Behind that is a new middle and rear wall, also made in concrete sections at Hillhouse. 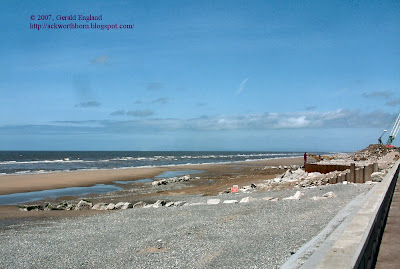 Cleveleys North Promenade 2007
The new promenade is twice as wide as it once was with very modern lighting, seats and shelters – they even have heated seats. Blue glass is used in the floor covering and replicated in other parts of the Promenade. Some of the concrete carries a wave pattern design which is replicated in the soil beds that line the roadway side of the promenade. They are home to a variety of shrubs and plants and to grass which has been cultivated on mats to fit into the area. 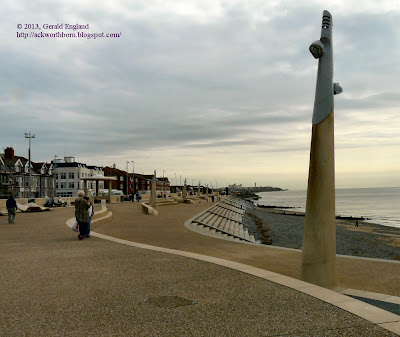 Cleveleys South Promenade 2013
Completed early in 2008 it includes a large and elegant public piazza at the top of Victoria Road. 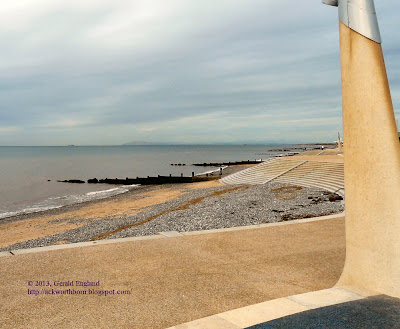