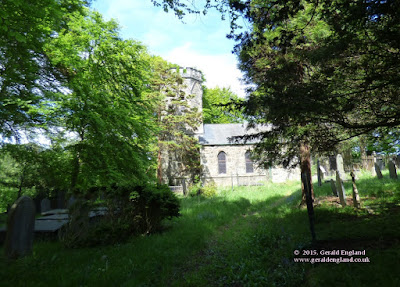 Llangelynnin Old Church dedicated to St Celynnin is located some miles away. It was used regularly until 1840, when it closed following depopulation of the area. A new church was consequently built, carrying the same name, nearer the centres of population. The new church was designed by Thomas Jones of Chester in a much grander, lofty late Georgian style. Unusually, the tower has a square lower storey surmounted by an octagonal embattled upper stage. It is Grade II listed.

This new church also eventually closed (in the 1980s), but the font from the church is now displayed by the altar in Llangelynnin old church. 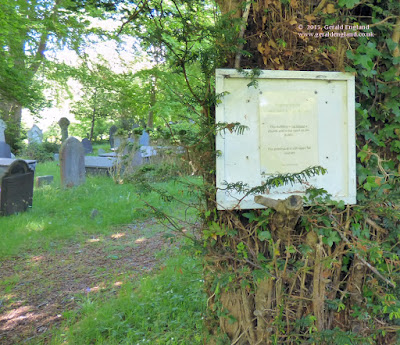 The sign on the tree in the graveyard reads:
Welcome to
Ancient Arts Studio

This building is no longer a
church and is not open to the
public.

The graveyard is still open for
visitors.
It is now the studio of David Chapman, a sculptor and artist, who founded Ancient Arts in 1995.

A contribution to Inspired Sundays.