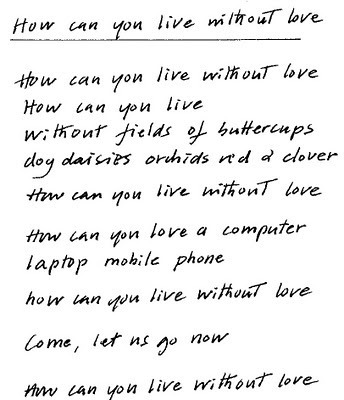 © 2009, Jocelynne Precious
It was in June that I learnt Jocelynne Precious had died suddenly. I knew her as the editor of the magazine Curlew. We first met in the mid-70s at meetings of the Yorkshire Federation of Small Presses. In more recent times she would ring me up about three times a year to talk about poets and small press matters. She never had a computer but would look things up on the Internet at the library in Harrogate.

Jocelynne studied under Clifford Ellis at Bath Academy of Art (aka "Corsham"). One of the art teachers there was William Scott who taught her painting. She was a member of Harrogate Writers' Circle.

Issue 64 of Curlew is a chapbook collection by Jocelynne called SWIMMING IN THE NORTH SEA.

A number of the poems (like the one above) are reproduced from hand-written manuscript rather than typescript. 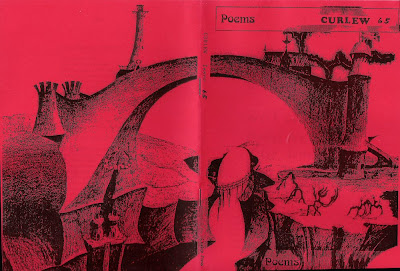 Issue 65 has work by Neil Leadbeater, Daniel Healy, Peter Asher, John Younger and A C Evans. The cover design is by Peter Precious.

Issue 66 was the 1st issue of Chaucer described as

"Did Chaucer indeed see the far future in this long narrative poem of 1379, its title, after all, derived from Ovid's Metamorphoses and thus backward, not forward, looking?"

Rodney Noon answers the question "Where do you write?" and there are poems by Anne Grant and Alan Hardy.

A stalwart of the small press scene since the 70s, she will be much missed.