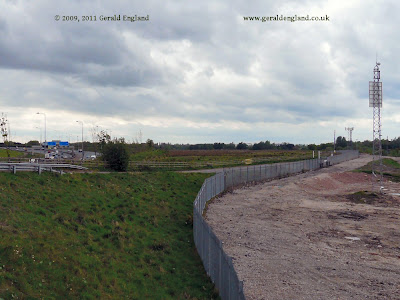 Kings Road was constructed as an access during the building of the Audenshaw reservoirs in the 1880s. Kings Farm lay to the East (left) of Kings Road under the shadow of the #3 reservoir. When the M60 motorway was built, the #3 reservoir was reduced to allow the motorway to come through. The motorway embankment seen here is where the reservoir embankment used to be. When this photograph was taken in May 2009 the land on the right was "earmarked for development". 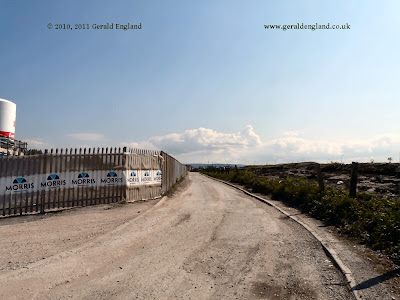 By the time I revisited in May 2010 construction of an estate of new houses had already begun. The rest of the photographs in the post are from a walk taken a few days ago starting in the opposite direction along Kings Road. 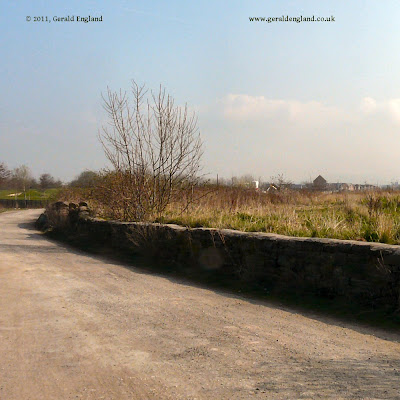 Another 12 months on and the new houses can be seen from near Fairfield Golf Course. 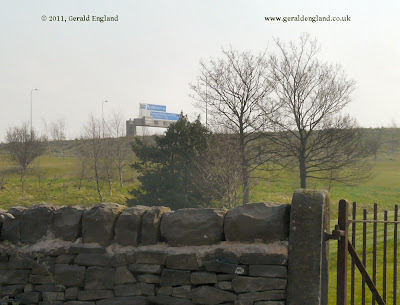 This shot shows the strip of land between Kings Road and the M60. Some 22 acres of land, originally reservoir embankment were used for grazing cattle. 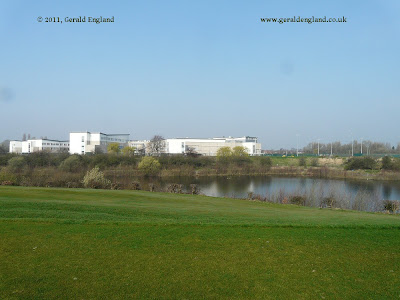 On the West side of Kings Road lies Fairfield Golf Club and Gorton Upper Reservoir. on the other side of the reservoir lies the Wright Robinson Sport College. The school which preceded the college was built in 1961 on land previously part of the golf club. In compensation Manchester Corporation Water Works took 50 acres of land from Kings Road Farm and allocated it the golf club. 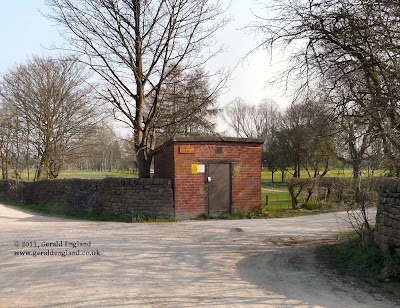 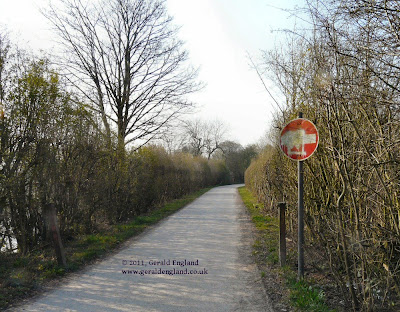 Kings Road ends when it meets Debdale Lane where it crosses the South-eastern corner of Gorton Upper Reservoir.

I wrote about Gorton Lower Reservoir in February 2009 and again in October 2009. There is more I've learnt recently about these reservoirs but it will have to wait for another day.

More information about Kings Road Farm can be found on the Audenshaw Local History website.

You can view the 26 photographs that make up my walk last Monday (with a map and slideshow available) on the Geo-trip website.